Here are the pictures I took this summer..... 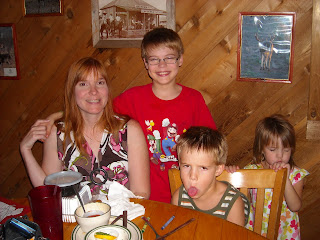 And the weekend trip to the fancy hotel down the street.... 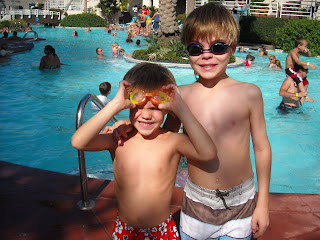 Which was not so much fancy as it was scrungy, but, you know, live and learn. 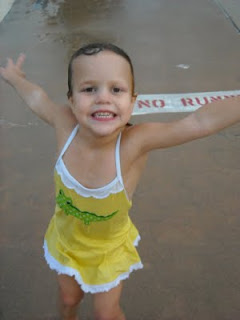 It seemed like we spent much of our days driving Jacob from one appointment to the next. He saw two different psychiatrists, two different therapists, and a pediatrician. Then our insurance balked at paying for most of it, so we stopped hearing from most of them. Jacob spent almost two weeks completely unmedicated due to being retested on five different days. We were pretty much trapped in the house because we couldn't take him anywhere. Oh, he wanted to go places, he just wanted to go places while doing somersaults and jumping jacks and screaming at the top of his lungs. It was worth it, though, to get a better diagnosis, better prognosis, better plan, or it might have been. The psychiatrist doing the testing won't return my calls since the insurance company won't return her calls. Apparently she's holding the results hostage until she gets paid and our actual money isn't good enough for her or she has some sort of grudge to work out with Aetna. Whatever. Soooo......we still don't know what is wrong with my kid and he didn't get to join any of the social skills groups she promised either. He starts fifth grade in two days and has pretty much nothing to show for it but a bunch of wasted time.

The other psychiatrist lowered his Daytrana dosage by half (10mg) and we're happy with that. The paranoia is gone and he can sleep in his room again. I don't think he'll be able to function at school on this dosage because he's still quite busy and so, so talkative, so we'll try him on 15mg on Tuesday and see how that goes. I was a little peeved that she would only write the prescription for tomorrow so I couldn't try it out first, but whatever.

Adam goes to school all day this year and I am sick over it. Kindergarten was sad, but not so much because it wasn't much different than preschool. We were still able to eat lunch and watch Dinosaur Train and do art projects or go buy cake balls all before Jacob got back......I enjoyed his company. If I weren't working, I'd seriously think about homeschooling him a few years. I am going to miss him like crazy.

You know, until he starts fighting with his brother and pisses me off and then school will sound good again.

But right now he's being so sweet that, yeah, I'm going to miss him.

And maybe I'll have more time now to blog with two in school full time......